On this day celebrating love I encourage you to show love to all you encounter, not just your sweetheart. A smile or simple gesture can go a long way. I love and appreciate you all so much! 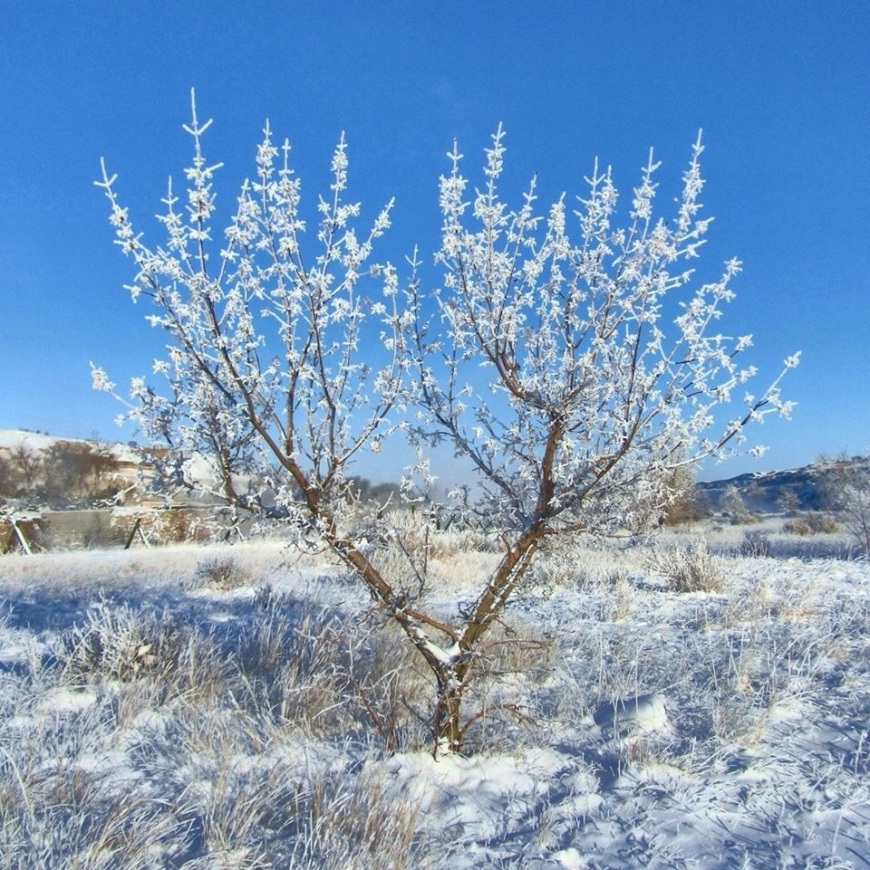 Be sure to check out more winter photos in my winter wonderland series!

It really snowed! Just not at my house. I kept waking up in the night to check for snow since the forecast continually promised a 100% chance (kind of like when I was checking on the snow status in Montana). All I saw was freezing rain the entire night. When I got up hoping to find a winter wonderland, I saw everything covered in a thick sheet of ice. No snowballs or snowmen for me, but I did run around my backyard crunching the frozen grass in my pajamas.

While I enjoyed this weather in pjs, I can’t say the same for many of my friends. Since I’m from Montana I’ve found the whole hysteria associated with this snow day hilarious. Yesterday morning while it was still almost 50 degrees, I saw many of my coworkers come in wearing big coats and hats and gloves and scarves. People were flocking to grocery stores to stock up and everyone was hurrying home before the big storm hit. My absolute favorite though was when the frostbite warning popped up! I could not contain my laughter! Many asked if I was going to do another polar plunge today (you can see my real one here). While that may have been fun, it just wouldn’t be the same. 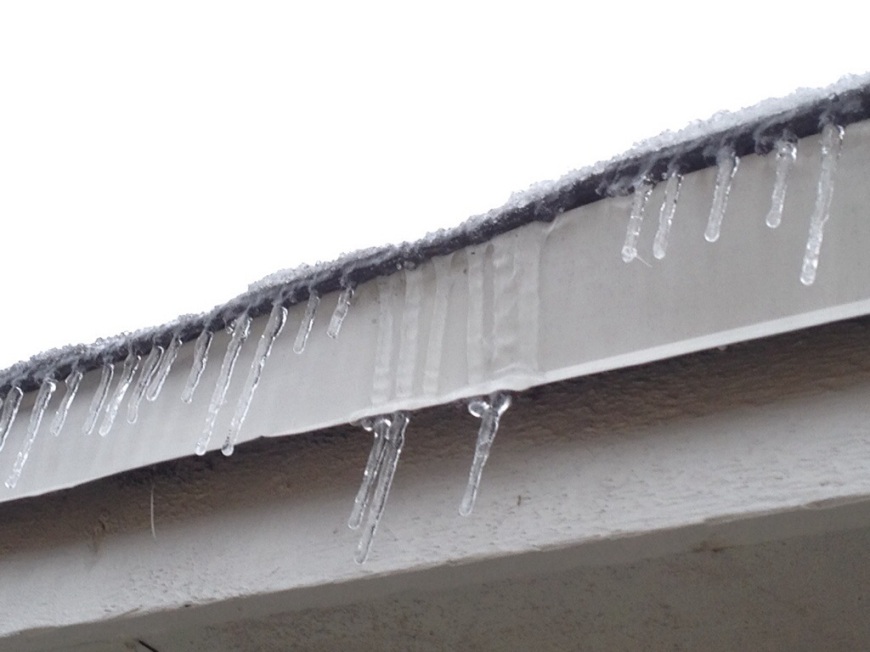 While my friends & neighbors are all abuzz about the possibility of snow in Florida this week, I am trying not to get excited too soon. Will it really snow? Will it be enough to notice? Will it stick? Or will it sneak in and out in the middle of the night and we will miss the whole thing?

I’m not expecting a beautiful winter wonderland like I experienced in Montana, but I would love to see it snow here! There is something about the snow, especially your first snow, that brings out the child in everyone. For many of my friends this would be their first experience with it. What an extraordinary week this will be!

It takes a real act of faith to step out of the obscurity of your comfort zone and into the unknown.

Sometimes God only allows us to see our next step or two of the journey.

It’s in that place of vulnerability and total dependence on God that we have our greatest adventures and greatest triumphs.

Be sure to check out all the posts in this Winter Wonderland series!

As gorgeous as the falls and the island were, the most incredible winter wonderland I have ever seen in my life was at Giant Springs State Park.  Giant Springs is located in Great Falls, MT.  It is home to one of the largest fresh water springs in the country and the Roe River, once listed in the Guinness Book of World Records as the world’s shortest river.  I want to spread this out over a few days.  It’s just so beautiful and I just want it to last a little longer. 🙂 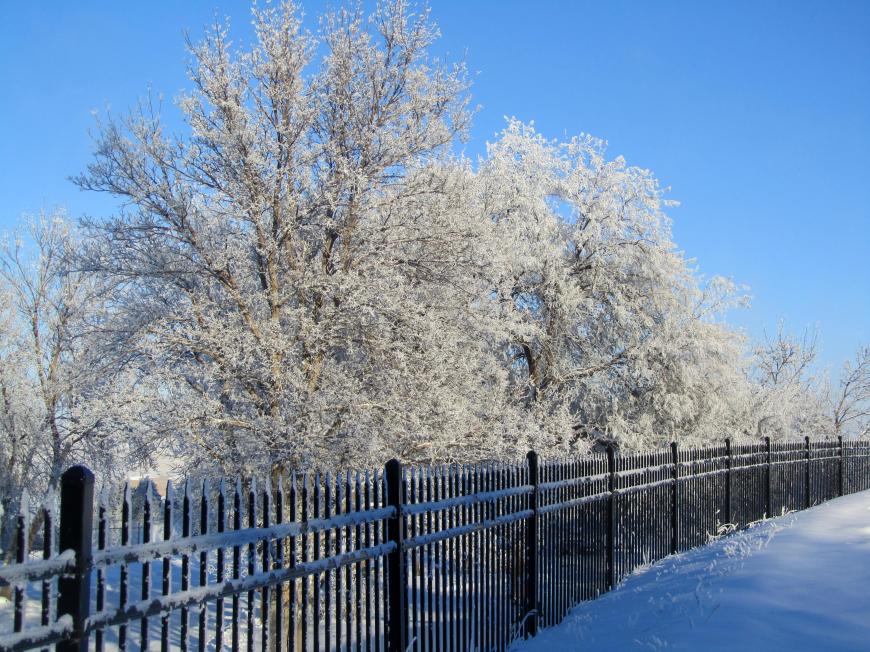 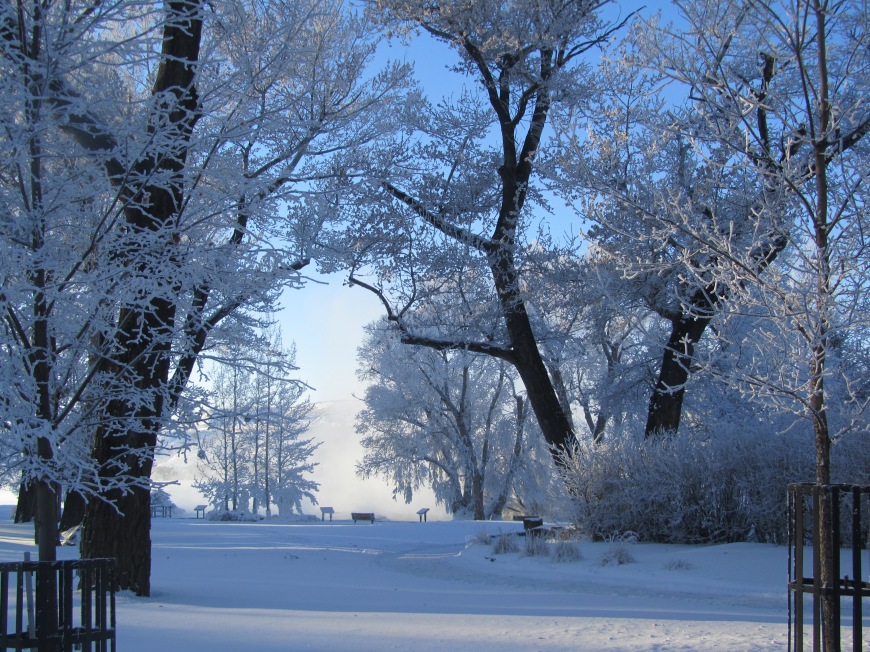 Tomorrow we will visit the Roe River just past the bench.  Check out all the posts from my Winter Wonderland series!

Come experience a Montana winter through my eyes!  Over the next few days I will be sharing a series of photos I took on my recent trip to Montana.  While I’ve never been a huge fan of cold weather, I’ve always found winter so magical.  A fresh blanket of snow can cover something ugly and dormant, and turn it into something crisp and pure and shimmery.  Anything seems possible!

Wow!  I was super excited for the snow, but quickly realized I was more excited about the idea of it.  Yesterday afternoon it had just begun to snow when I got to my hotel.  I couldn’t stop smiling as I unloaded my car and the big, weighty snowflakes covered me.  It brought back so many memories and made me feel like a kid again!  I kept peeking out the window throughout the evening to check the status of the snow.

This morning I was forced to deal with the reality of interacting with the snow, not just my fantasy of it as I watch from a window.  As I walked to the parking lot, I immediately had an “OH” moment as I noticed all the other cars with their windshield wipers in the air.  How could I have forgotten one of the simplest tricks!  While scraping off the car, I maintained that goofy grin as the snow squeaked beneath my feet.  However, after 30 minutes of scraping in single digit temperatures, I think my face may have just frozen that way!

It’s official!  I’ll be back in Montana again in a couple weeks!  This will be my first time there during the winter in almost a decade! I know living in the South so long has made me a little soft, but I’m hoping I toughen up to the Montana winter within a day or two.

It won’t be the first time that it’s snowed on me while visiting the Treasure State.   During my 2012 trip it snowed my first full day there, since it was the middle of Junuary.  If you’re not familiar with Junuary, it’s when it feels like January in June!  My mom and I were supposed to sleep in a teepee that night for the first time, but we weren’t prepared for that kind of weather and opted for a nice warm hotel instead. 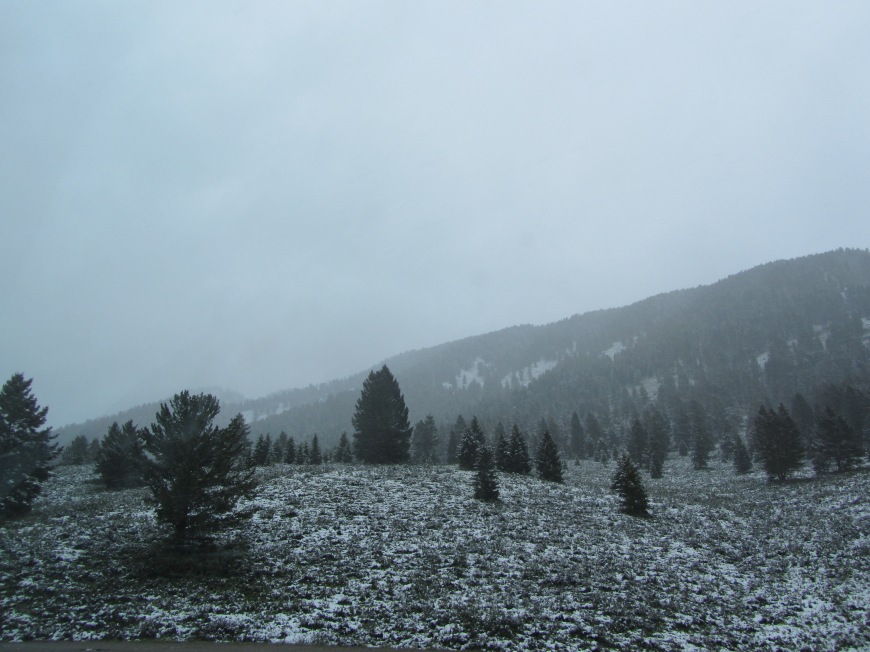 It’s very typical that the first snow of the year is in October and the last snow in May.  However, I have seen it snow every month of the year in Montana!  I even remember getting snowed on at an Independence Day cookout once!

I’ve been away from it long enough that the snow is now a novelty to me and I can’t wait to go play in it!  These past few days I’ve had visions of ice skates, snow shoes, and sleigh rides dancing in my head.  Stay tuned to see which Montana Wish List events get checked off during this trip!