I arrived at another cataract of 26 feet. … below this fall at a little distance a beatifull little Island well timbered is situated about the middle of the river. In this Island on a Cottonwood tree an eagle has placed her nest; a more inaccessible spot I believe she could not have found; for neither man nor beast dare pass those gulphs which separate her little domain from the shores. The water is also broken in such manner as it descends over this pitch that the mist or sprey rises to a considerable hight. This fall is certainly much the greatest I ever behald except those two which I have mentioned below. It is incomparably a geater cataract and a more noble interesting object than the celibrated falls of Potomac or Soolkiln. – Meriwether Lewis, June 14, 1805

These falls were later named Black Eagle Falls for the eagle Lewis wrote about.  They are the first in a series of five water falls that make up the Great Falls of the Missouri River.  Tomorrow I will take you down onto the island Lewis writes about so we can get a closer look of the falls and those trees.  Be sure to check out all the posts in this Winter Wonderland series! 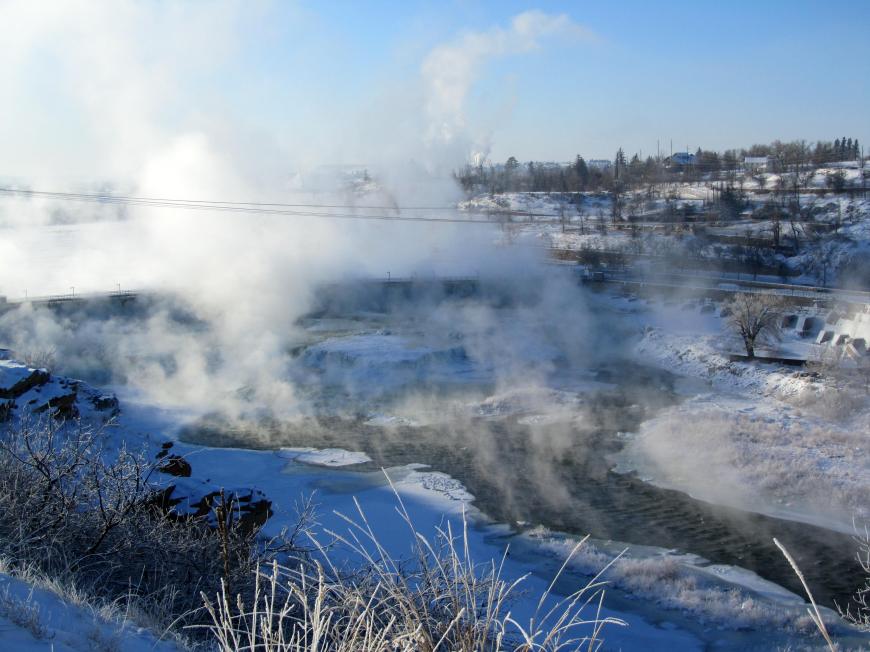 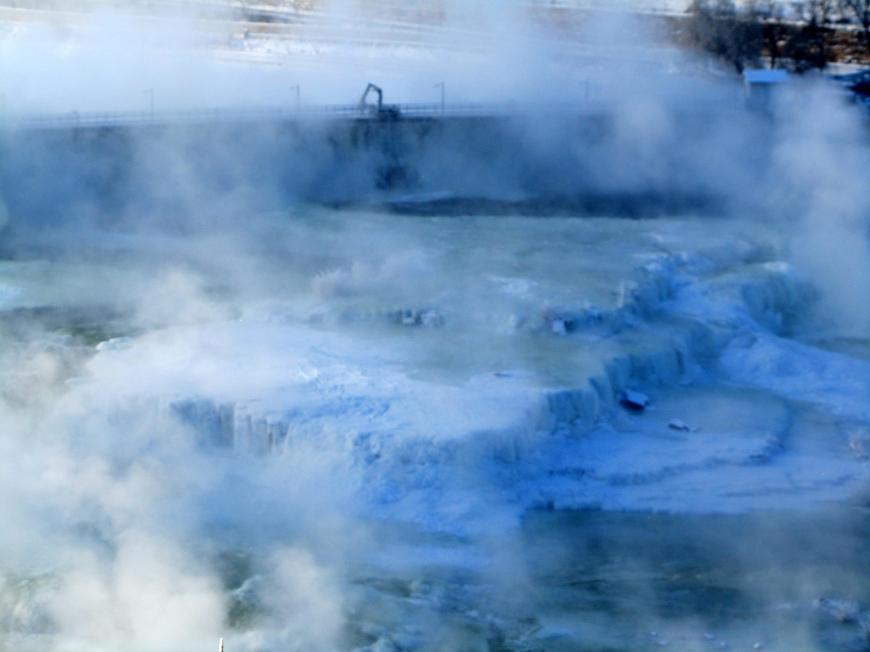 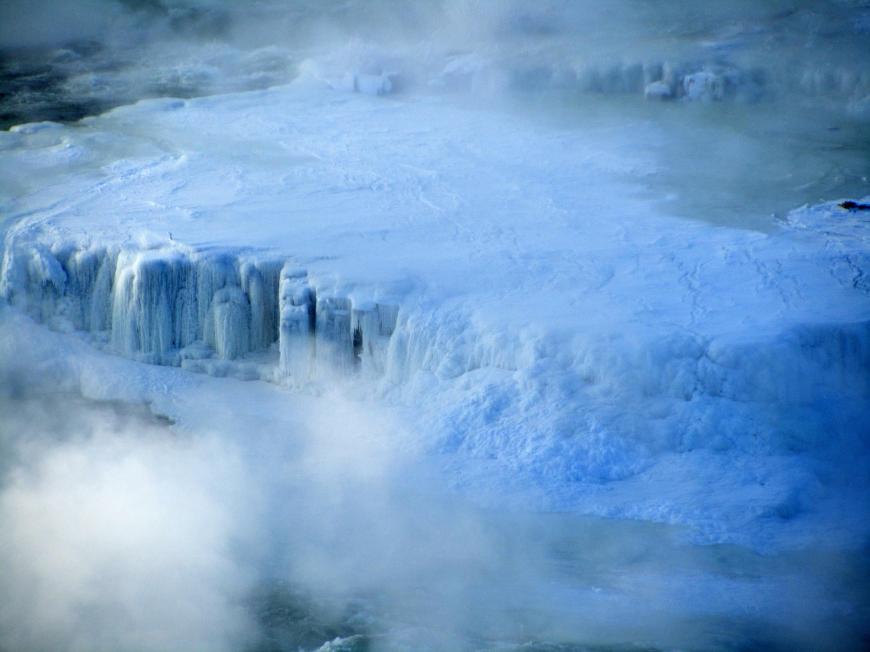 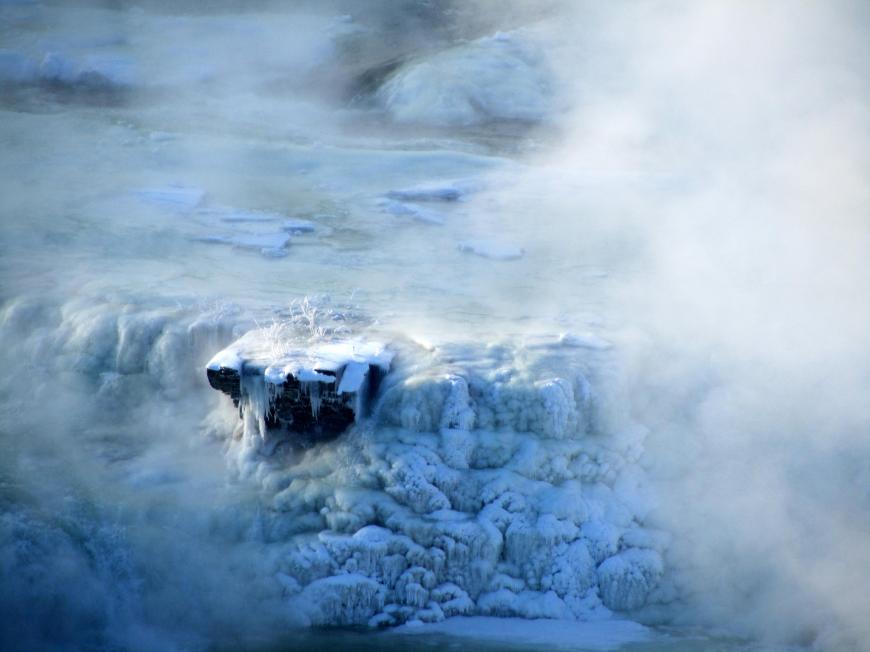